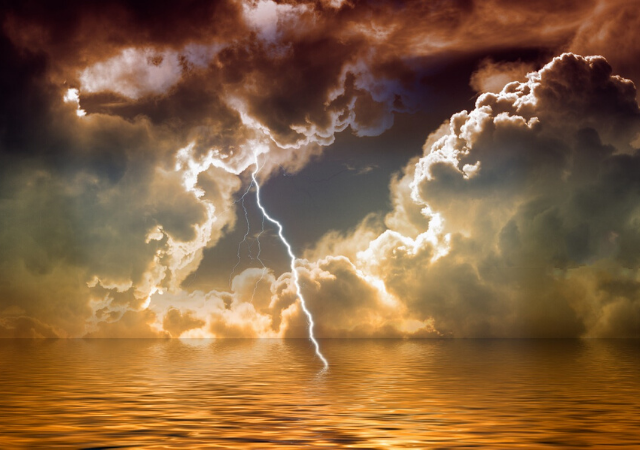 The 2020 Atlantic Tropical Storm Season is almost here, and we’ve already received updated forecasts about what we should expect. Tropical weather experts who include forecasters and researchers at the Colorado State University, the University of Arizona and the University College London have all released very similar updates which predict that there will be above-average activity for the 2020 season. Other updates by weather companies such as The Weather Channel, also agree with the general concensus of a busy season.

The Colorado State University has forecast that there will be sixteen named storms, of which eight will reach hurricane status. It is also believed that four of these hurricanes will reach Categories 3,4 and 5 on the Saffir Simpson Scale. Additionally, there will be an increase in the number of storm days (80) and hurricane days (35).

These estimates were developed using 38 years of past data and statistical models for guidance.  The Colorado State University will release additional forecasts on June 04, 2020; July 07, 2020 and August 06, 2020.

The University of Arizona notes that the sea surface temperature (SST) in the Atlantic will be “one of the warmest since 1993”. This is one of the reasons why this year’s season will be more active. The university predicts that there will be nineteen (19) named storms; ten (10) hurricanes; five (5) major hurricanes; and one hundred and sixty-three (163) accumulated cyclone energy (ACE).

The university utilises a “Random Forest approach” which is “based on seasonal forecast data from the European Centre for Medium-Range Weather Forecasts (ECMWF).” They will update their prediction in early June 2020.

Tropical Storm Risk predicts that there will be sixteen (16) tropical storms, eight (8) hurricanes and three (3) intense hurricanes. Their research indicates that the United States will see four (4) tropical storms and two (2) hurricanes. This current forecast builds on the one issued in December 2019 and takes climate signals and environmental fields in consideration.

One of the main predictors that has informed TSR forecast is the effect of a weaker than normal trade wind. Estimates reveal that the trade wind over the Caribbean Sea and the North Atlantic will be at a height of 925mb. Weaker trade winds in the months from July to September usually result in increased hurricane frequency and intensity.

Tropical Storm Risk will release its next forecast on May 28, 2020.

Dr. Todd Crawford, Chief Meteorologist at The Weather Company, says the 2020 season will be active, with a chance of being hyper-active. According to the company’s outlook for the 2020 Atlantic Tropical Storm Season, there will be eighteen (18) named storms; nine (9) hurricanes; and four (4) major hurricanes . This outlook is based on factors that range from sea surface temperatures, La Nina, computer model forecast guidance and previous hurricane seasons with similar patterns.

In addition to sea-surface temperatures which are of great concern, there has also been a lack of rain in the region and excessive heat in the early months of the year. These factors are all perfect ingredients for a “big season.”

Dan Kottlowski, one of AccuWeather’s top hurricane experts and his team have forecast that there will be 14-18 tropical storms in the 2020 Atlantic Tropical Storm Season. The team also predicted that between seven (7) and nine (9) of the storms will become hurricanes; and two (2) to four (4) of them will strengthen into major hurricanes. From very early in the season, because of the already warm temperatures in the Caribbean, the AccuWeather team will be focused on the Caribbean Sea .

Comparisons with previous years (also known as analog years) with similar weather conditions were used to formulate the forecast. Two years which spawned memorable hurricanes that were detrimental to people and property 1980 and 2005. The AccuWeather team is focusing on these years to gain further insight into what may come in 2020.

Mr. Kottlowski urged advanced hurricane planning even though the season is still a couple weeks away. He also made a poignant quote, which is a word for everyone living in the Atlantic:

“Forecasts will give you an idea of how active it might be, but all it takes is one storm to make landfall in your area to cause serious and life-threatening problems.”

Here is a list of the recent outlooks for the 2020 Atlantic tropical storm season: