What to Expect in the 2022 Atlantic Hurricane Season 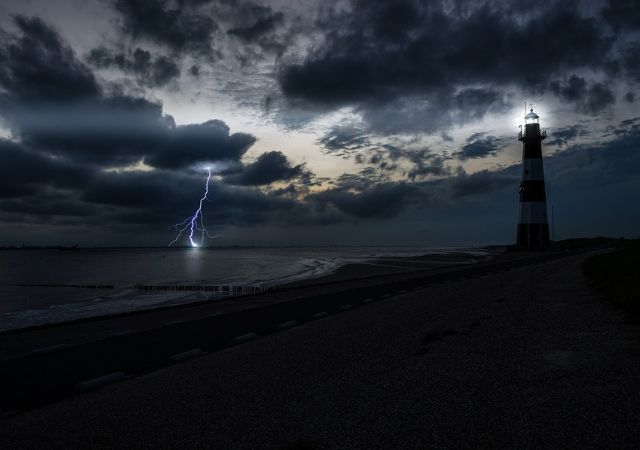 The 2022 Atlantic Hurricane Season will be an above average one. The general consensus from the major forecasts and outlooks is that this year’s season will be busy. 2022 outlooks closely follow those of previous years with above average occurrences of tropical storms and hurricanes.

Consequently, 2021 will be remembered as the year which broke several records and set many new ones. It is now the third-costliest season in history, only beaten by years 2005 and 2017.

As mentioned, forecasters at the major weather agencies expect another busy year. Take a look at the summary of the 2022 expectations below:

For 2022, the National Oceanic and Atmospheric Administration (NOAA) predicts that there will be 14 – 21 named storms; 6 – 10 hurricanes; and 3-6 major hurricanes. The increase in activity for this year’s season is due to several factors. For example, there is an ongoing La Nina; extremely warm sea surface temperatures in the Atlantic Ocean and Caribbean Sea; weaker tropical Atlantic trade winds; and an enhanced west African monsoon which supports stronger African easterly waves, and thus results in strong and long lasting hurricanes.

Colorado State University’s updated extended range forecast for the 2022 Atlantic hurricane season anticipates that there will be 20 named storms; 10 hurricanes; 5 major hurricanes. The forecast also includes useful probabilities of landfall. The probabilities of a major hurricane making landfall are 76% for the entire continental U.S. coastline; 51% for the U.S. east coast and Florida; 50% for the Gulf Coast from the Florida panhandle westward to Brownsville;  and 65% for the Caribbean.

Atmospheric scientists at the University of Arizona, Kyle Davis and Xubin Zeng, are predicting a slightly above-average hurricane season. They are expecting 14 named storms; 7 hurricanes; and 3 major hurricanes. The 2022 forecast is a combination of the team’s dynamic forecasts with machine learning as well as their physical understanding of hurricane activities. It uses the Random Forest approach which is based on seasonal forecast data from the European Centre for Medium-Range Weather Forecasts (ECMWF).

The forecast by the University College London, released under its weather project Tropical Storm Risk, expects 18 named storms; 8 hurricanes; and 4 major hurricanes. The team notes that activity in 2022 will be busy, but it will not be as active as 2020 and 2021. The outlook acknowledges that this seasonal outlook has large uncertainties, but can still be useful for risk monitoring by various parties. Examples include insurance companies, businesses that rely on weather outlooks (e.g., those in agriculture and tourism sectors), and governments.

AccuWeather forecasters are encouraging residents in hurricane-prone areas to start preparing now. Given the extraordinarily active 2020 and 2021 seasons and the expectation of a similarly active 2022 season, we should heed this advice. Veteran meteorologist and hurricane expert Dan Kottlowski and his team, predict that there will be  16-20 named storms; 6-8 hurricanes; and 3-5 major hurricanes for the 2022 Atlantic hurricane season. This year’s long-range prediction was based on current weather trends, past hurricane seasons and climatological models.

This year’s outlook from Weatherbell Analytics LLC is a comprehensive review that analyses both the Atlantic and the Pacific. The outlook predicts 18-22 named storms; 6-10 hurricanes; and 2-4 major hurricanes. 2022 is forecast to be a high-impact season for the United States east coast. Although there will be several storms, some of them will form to the north of the Main Development Region. Conversely, the western Pacific will see lower than average activity.

According to researchers at the North Carolina State University, the Atlantic Basin will see 17-21 named storms; 7-9 hurricanes; and 3-5 major hurricanes. According to Lian Xie, Professor of marine, earth and atmospheric sciences at the university, the number of named storms is higher than the long-term average (11) for the period 1951 to 2021. The forecast is based on an evaluation of 100 years of data on hurricanes in the Atlantic Ocean. Variables include hurricane position, intensity, weather patterns and sea-surface temperatures.

The Weather Company, a long-standing and respecting weather resource anticipates that there will be 20 named storms; 8 hurricanes; and 4 major hurricanes. Dr. Todd Crawford, author of the most recent outlook says that 2022 will likely follow in the footsteps of 2021. The main reason for this outlook are neutral to cool El Niño-Southern Oscillations (ENSO) conditions and warmer than usual water temperatures in the Caribbean and subtropical Atlantic.

The UK Met Office released its tropical storm seasonal forecast for June to November 2022. This year’s predictions is for 18 named storms; 9 hurricanes; and 4 major hurricanes. There is a 70% chance that there will be 13 to 23 named storms, 6 – 12 hurricanes and 4 – 6 major hurricanes. The UK Met Office’s forecasts are made using data from an ensemble prediction system based on a fully coupled ocean-atmosphere general circulation model (GCM). The ensemble is then used to produce best estimates of tropical storm activity.

One of the wise pieces of advice from the Colorado State University team to remember, is that we should always prepare for all seasons, regardless of how much storm activity is predicted.

Which outlooks and forecasts should I rely on?
All of the forecasts listed on this page can be reliably used for reference purposes. However there is the possibility that activity could be higher or lower than expected. 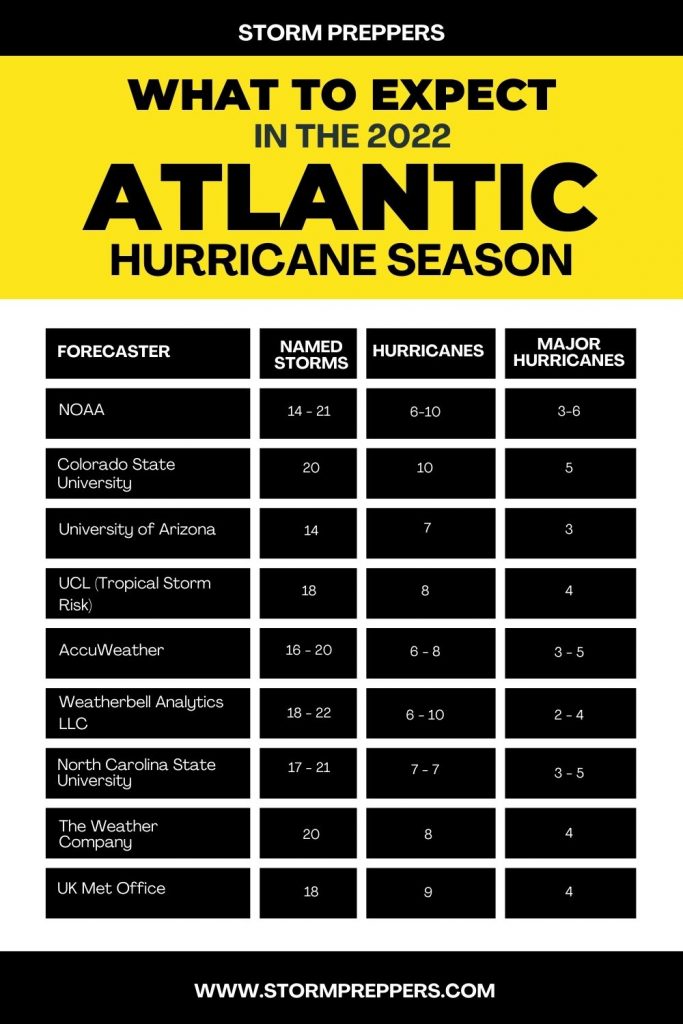