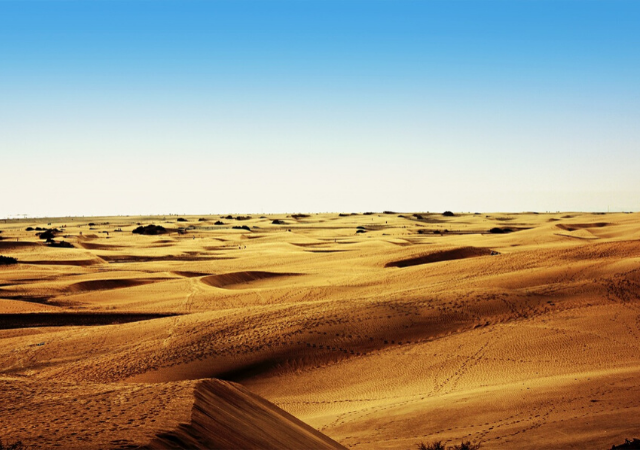 A recent emergency alert by the Barbados Department of Emergency Management warned about a severe Saharan dust outbreak in the island. The alert explained that the severe dust haze would result in decreased visibility. People who suffer with respiratory issues and allergies were advised to keep prescribed medication at hand due to the possibility of a respiratory emergency as a result of the dust. Additionally, a Small Craft Warning was issued for all marine users. The warning cautioned that visibility was at 5 km or less. As a result, marine users whose vessels were not equipped with a GPS, were advised to stay in port.

Sahara dust completely blankets the atmosphere and darkens the skies in the Caribbean and some states in the USA. But there is another impact which might not be too bad. Some scientists believe that the dust stifles the development of tropical storms and hurricanes. Although it will not completely deter storms from forming and intensifying, the dust has managed to slow their formation in the short-term. In the past few weeks, the most recent Saharan dust outbreak suppressed several tropical disturbances which formed along the south western coast of Africa.

The Saharan Air Layer (SAL) is a mass of dry, hot and dusty air that forms over in the Sahara Desert in the north of Africa. Saharan dust, which is a mixture of sand and dust and other particles, comes from the Sahara Desert. Thanks in part to shifting wind patterns and rain storms, the dust from the desert, is deposited throughout the world. Its impacts can both be harmful and beneficial. The Saharan Air Layer dust outbreaks can be as thick as two and a half miles. These outbreaks often result in adverse humidity and strong winds.

The Saharan Air Layer hits its peak in late June until the middle of August. Dust outbreaks can be extremely large and have the capacities to cover large expanses of the world at one time. In late June 2020, a severe Saharan dust outbreak stretched from the north and west coast of Africa to the Caribbean and parts of South America. . Weather reports from the states such as Georgia and Florida, revealed that they too were blanketed with the dust and thus issued warnings for residents.

The National Oceanic and Atmospheric Administration’s (NOAA) Atlantic Oceanographic and Meteorological Laboratory has studied the impacts of the Saharan dust outbreaks on the Atlantic. Their goal is to study the structure, impacts and affects of the Saharan Air Layer. This is beneficial to improving forecasting, advancing and creating knowledge about the SAL.

A 2006 campaign, which involved over one hundred researchers, was the NASA African Multidisciplinary Analyses (NAMMA) was. It was a joint effort between NASA and the NOAA. The aim of the campaign was to provide more insight into how tropical storms and hurricanes in the Atlantic Ocean formed and intensified. However, one of the biggest revelations was that a Sahara dust storm can suppress hurricanes due to three main factors.

Firstly, these Sahara dust storms have extremely dry air which is counter-productive to the development of hurricanes. Secondly, the dust storms have a “strong surge of air” within their construct that will effectively break apart storms that are trying to form. Thirdly, the storm is composed of dust which suppresses cloud formation and thus stops convection from developing. Tropical storms need moisture to form and thrive and these characteristics are particularly damaging to their development.

The Saharan Air Layer and the 2020 Atlantic Hurricane Season

The forecasts for the 2020 Atlantic Hurricane Season predicted an above-average season with several major hurricanes. In the months of June and July, when the dust is heaviest, the Atlantic is relatively quiet. Conversely, when the peak of the hurricane season hits in August through September, the SAL would be at its weakest. This leads one to wonder about the full relationship between these two phenomenon. It also suggests that it will always be a point of research for weather scientists and forecasters.