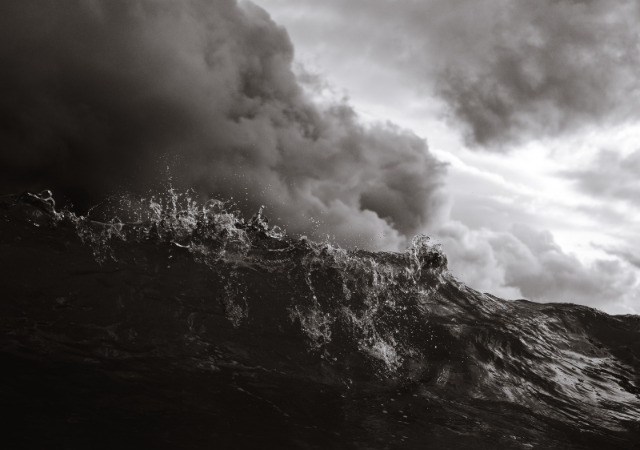 There are several books about tropical storms and hurricanes which give us a first-hand look into these fascinating weather phenomena. It’s the graphic details in the stories that intrigue and inspire us to take action. Intense, real-life stories that blur lines between thriller, drama and suspense. They are the first-hand accounts that tell the tales of tropical storm survival and provide insight into the minds of the people who lived to talk.

1. Isaac’s Storm: A Man, a Time, and the Deadliest Hurricane in History

The year was 1900, and Isaac Cline was a weather scientist who studied the clouds and storm behaviour. At that time, lots of strange things were happening all over the United States. There were heat waves, intense rain, and insect plagues. Nobody expected that Galveston would be added to the list of victims. The hurricane that came had left a harrowing tale of horror in the Caribbean. And Galveston was next on its list. Buy this book here.

2. The Perfect Storm: A True Story of Men Against the Sea

1991 was the year that the Halloween Storm hit. It was definitely an October to remember. The perfect storm was a nightmare that formed when a storm from the west, and a cold front from the south, converged. Sebastian Junger tells a tale of the storm with stories from sailors, fishermen and rescue personnel. One of the sobering highlights of the book, is the unfortunate story of Andrea Gail, whose swordfish boat was never found. Get your copy now.

The Hurricane of 1938 is on record as one of the worst storms in United States history. It was worse than the Chicago Fire, the San San Francisco Earthquake and the Mississippi floods. In this gripping account of the storm, R. A. Scotti manages to show that the real victims of storms are the people whose lives are changed forever. The New England states will never forget the hurricane of 1938. Buy your copy from Amazon.

If you’re interested in learning about extreme weather, books about hurricanes and tropical storms are a good place to start. The Book of Storms: Hurricanes, Twisters and Squalls is a fascinating resource that takes you from the basics straight through to the heavy stuff. This book is one of the best weather books because in addition to text, there are drawings, diagrams and illustrations. Purchase your copy here.

Hurricane Katrina is one of the storms that will never be forgotten. The world watched in disbelief as the monster storm covered the historic and spirited city of New Orleans. Don Brown tells of how the storm flooded the city, damaged property and claimed the lives of over 1,000 people. Buy your copy and see how Katrina separated the heroes from the rogues, and the good from the evil.

6. A Place Where Hurricanes Happen

A recent training session in the Caribbean looked at how vulnerable children are in disaster emergencies. Even though it’s fictional, A Place Where Hurricanes Happen brings these concerns to light. Through this text, we hear about their experiences in Hurricane Katrina. Renee Watson reinforces the fact that children also feel the impacts of traumatic events and they too experience grief or loss. Buy this book and use it as a teaching tool in the classroom.

Stories of hurricanes from the 1800s and the early 1900s are grim reminders that we are fighting the same fight as our ancestors. The 1856 Isle Derniere hurricane is another storm that will always have a place in Louisiana’s history. Bill Dixon presents a detailed account of what happened during the hurricane as well as after the hurricane. Buy your copy here and see the complete listing of victims and survivors and read firsthand accounts.

Hurricane Gilbert stands out as the storm that ravaged in Jamaica in 1988, killing hundreds of people. Bob Ogley and Bob Hill recount the details of this devastating hurricane, which is still the fiercest storm to ever hit Jamaica. It’s been over 30 years, but the photographs, stories and memories still live on. When you buy your copy, you will see that even though the storm was strong, the resilience of the Jamaican people was stronger.

It’s hard to believe that Hurricane Rita happened so long ago. Hell or High Water is one of the best books about tropical storms and hurricanes because it shares the story of how 2005 became the year of the hurricane. Everyone remembers Katrina, but the story of Rita is just as chilling. Purchase this book authored by Ron Thibodeaux, and see why it won an Indie Book award and an Independent Publishers award in 2013.

10. Stormchasers: The Hurricane Hunters and Their Fateful Flight into Hurricane Janet

If you sit down with any Barbadian born before 1945, they will paint a vivid picture of Hurricane Janet. This outlook may be the same from weather scientists. Stormchasers looks at the storm through the eyes of hurricane hunters. If you did not know, Hurricane Janet claimed the lives of  Navy Lieutenant Commander Grover B. Windham and his crew. They were aboard a hurricane hunter aircraft that went missing in the storm. Shop now and read about the role of hurricane hunters and how the 1955 storm impacted hurricane research.

For many of the survivors of hurricanes and tropical storms, it feels as though the events happened yesterday. These books are well-written hurricane case-studies that prove this is still much to learn about tropical weather.

This site uses Akismet to reduce spam. Learn how your comment data is processed.

Any cookies that may not be particularly necessary for the website to function and is used specifically to collect user personal data via analytics, ads, other embedded contents are termed as non-necessary cookies. It is mandatory to procure user consent prior to running these cookies on your website.