40+ Quotes About Tropical Storms and Hurricanes 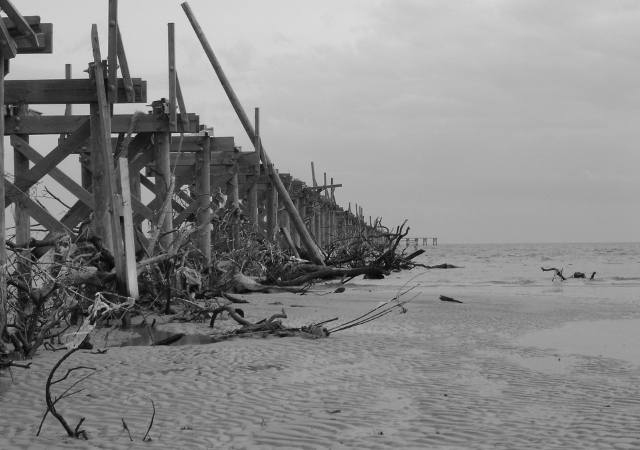 Natural disasters over the years have left the world with lots to think about. The most catastrophic events inspire change, encourage enhanced planning, and inform future decisions. Hearing first-hand accounts of survivors’ experiences always make you wonder about life. These quotes about tropical storms and hurricanes, remind us of what we have been through, how we found the will to survive and reinforce that we will never look at a tropical storm the same way again.

2. “Whether it is a tsunami, or whether it is a hurricane, whether it’s an earthquake – when we see these great fatal and natural acts, men and women of every ethnic persuasion come together and they just want to help.” – Martin Luther King III

3. “While Hurricane Katrina demonstrated the dangers of failing to evacuate hospitals from the path of a storm, Hurricane Gustav demonstrated that moving thousands of sick people has its own risks. Gustav also highlighted a critical vulnerability of American hospitals – an inability to withstand prolonged blackouts.” – Sheri Fink

4. “The hurricane flooded me out of a lot of memorabilia, but it can’t flood out the memories.” – Tom Dempsey

5. “Hurricane Charley is the worst natural disaster to befall our state in a dozen years, and it is unthinkable that anyone would try to take advantage of neighbors at a time like this.” – Charlie Crist

7. “Hurricane season brings a humbling reminder that, despite our technologies, most of nature remains unpredictable.” – Diane Ackerman

8. “We had cars flying over our head, we had 40ft containers flying left and right. People were literally tying themselves to roofs with ropes to hold them down.” – Knacyntar Nedd

10. “It’s anticipated that Hurricane Rita will still be a Category 3 storm when it hits Port Arthur.” – Kenneth Williams

11. “Hurricane Sandy was one of the most vicious storm systems to hit the New York City area in nearly two centuries.” – Russel Honore

12. “I have had concerns about the way foundations are cut on people’s properties and so we will take a very serious look at the Building Code again. It’s important.” – British Virgin Island Premier Orlando Smith

13. “Everyone remembers where they were before the storm, during the storm and after the storm.” – Jorge Zamanillo, Director of the HistoryMiami Museum

15. “I think as a kid I never really understood the magnitude of a hurricane and what it could do.” – Marshall Faulk

16. “There are disasters that happen – Hurricane Harvey came up, and you had people self-organizing through the community and getting in boats and driving around rescuing people coordinated ad hoc through this network. That’s not a media function.” – Mark Zuckerberg

17. “It changed – forever – building codes and especially building code enforcement, which Andrew proved to be inadequate, incompetent or avoidant.” – Richard Olson, Director of the International Hurricane Research Center at FIU in Miami

18. “It’s important that people who are threatened by an oncoming hurricane “hide from the wind and run from the water.” – Daniel Brown, National Hurricane Center Meteorologist

19. “In reality, you don’t ever change the hurricane. You just learn how to stay out of its path.” – Jodi Picoult

20. “We ignore slow environmental changes unless they are crisis-driven, such as hurricanes in Florida.” – Natalie Jeremijenko

21. “I’ve been through natural disasters. I lived down in Miami and was down there for Hurricane Andrew which was a Category 5. There were members of my family that thought they were going to die. Everyone was in the bathtub.” – Dwayne Johnson

22. “The improvements in forecasting and really overall in the warning and communication process has really helped to get the public prepared.” – Daniel Brown, National Hurricane Center Meteorologist

23. “I’m very used to hurricanes. I’m from Puerto Rico and we have 3 or 4 a year. When you have no power, no light, no email, no place to go, you realize who your loved ones are and where you are in your life at that moment.” – Luis D. Ortiz

24. “Last year, when we were in Mobile, Alabama covering Hurricane Ivan, we heard the stories of poor people, many of them black – stranded downtown because they had no way out.” – Al Roker

25. “Hurricane Katrina overwhelmed levees and exploded the conventional wisdom about a shared American prosperity, exposing a group of people so poor they didn’t have $50 for a bus ticket out of town. If we want to learn something from this disaster, the lesson ought to be: America’s poor deserve better than this.” – Michael Eric Dyson

26. “It is bad. It is really bad. The rest of the country is ugly. It’s a mess. We need your prayers. We need your support. And we need your patience. And we’re going to need a lot of help.” – Father Branka John, Priest in Dominica

27. “But I think the bottom line right now is to take the constructive criticism and use that to build toward, as I say, the hurricane season that is 100 days away. And we don’t have a lot of time to waste before we start to address that next set of challenges.” – Michael Chertoff

28. “Hurricane Irma’s impacts on the U.S. mainland may start to be felt at the end of the week, but it is not too early to start to make preparations.” – Evan Myers, AccuWeather

29. “Hurricanes have killed more people worldwide in the last 50 years than any other natural cataclysm.” – Kerry Emanuel

30. “In the center of a hurricane there is absolute peace and quiet. There is no safer place than in the center of the will of God.” – Corrie Ten Boom

31. “Anyone who says they’re not afraid at the time of a hurricane is either a fool or a liar, or a little bit of both.” – Anderson Cooper

32. “The only two good words that can be said for a hurricane are that it gives sufficient warning of its approach, and that it blows from one point of the compass at a time.” – Gertrude Atherton

33. “No one can prevent hurricanes, but prosperous communities are much better able to withstand them than poor ones.” – Robert Zubrin

34. “Where I am, they can smell out a hurricane. My house survived Hurricane Hazel, but it didn’t get past Hugo.” – Mickey Spillane

35. “If any event teaches you how to perform on no sleep, it’s a hurricane.” – David Muir

36. “We’re looking at a much worse [Hurricane] risk than people were thinking about a year ago …some places are going to become uninsurable.” – Judith Curry

37. “Looking at the individuals who suffered the most during the hurricane, you could see that those with underlying medical problems were at greater risk.” – Richard E. Besser

38. “The hurricane complicates things in that what would have been purely a business decision becomes a decision of the heart.” – Henry Cisneros

39. “There is little you can do to stop a tornado, a hurricane, or a cancer diagnosis from changing your life in an instant.” – Ted Lieu

40. “There’s kind of a false lesson about Andrew. As a result of being through Andrew, people forgot that most hurricanes are about water, not wind.” – Richard Olson, Director of the International Hurricane Research Center at FIU in Miami

41. “Hurricane seasons with four or more super-hurricanes, those with sustained wind speeds of 131 mph or more will soon become the norm.” – Joseph J. Romm

These are just a few of my favourite quotes about tropical storms and hurricanes. Follow Storm Preppers on Instagram and Pinterest for more hurricane quotes and words of motivation. 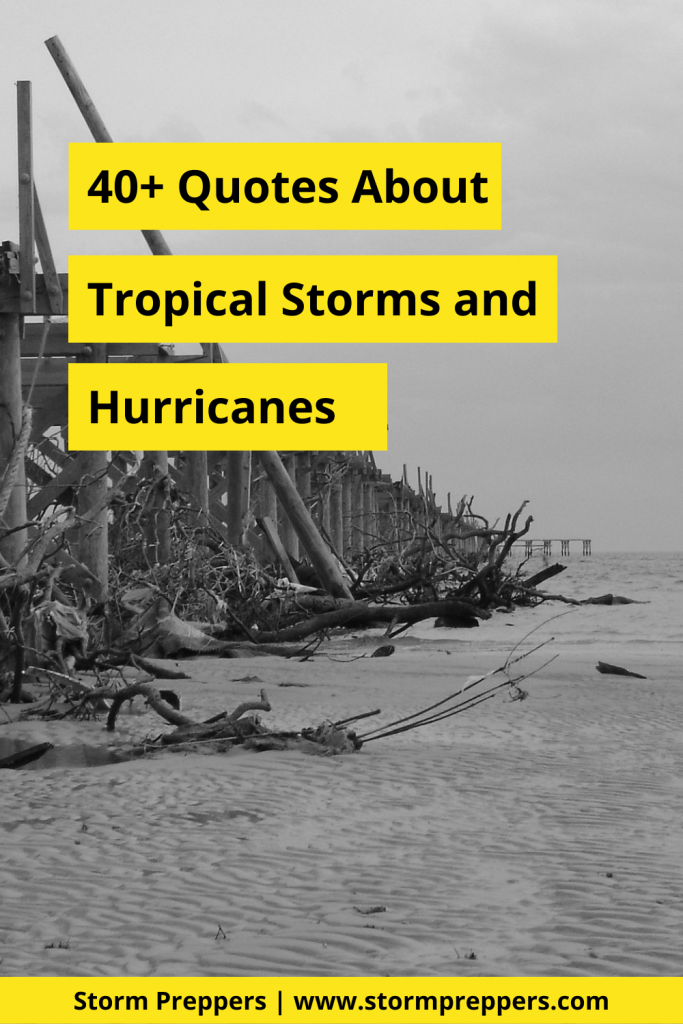